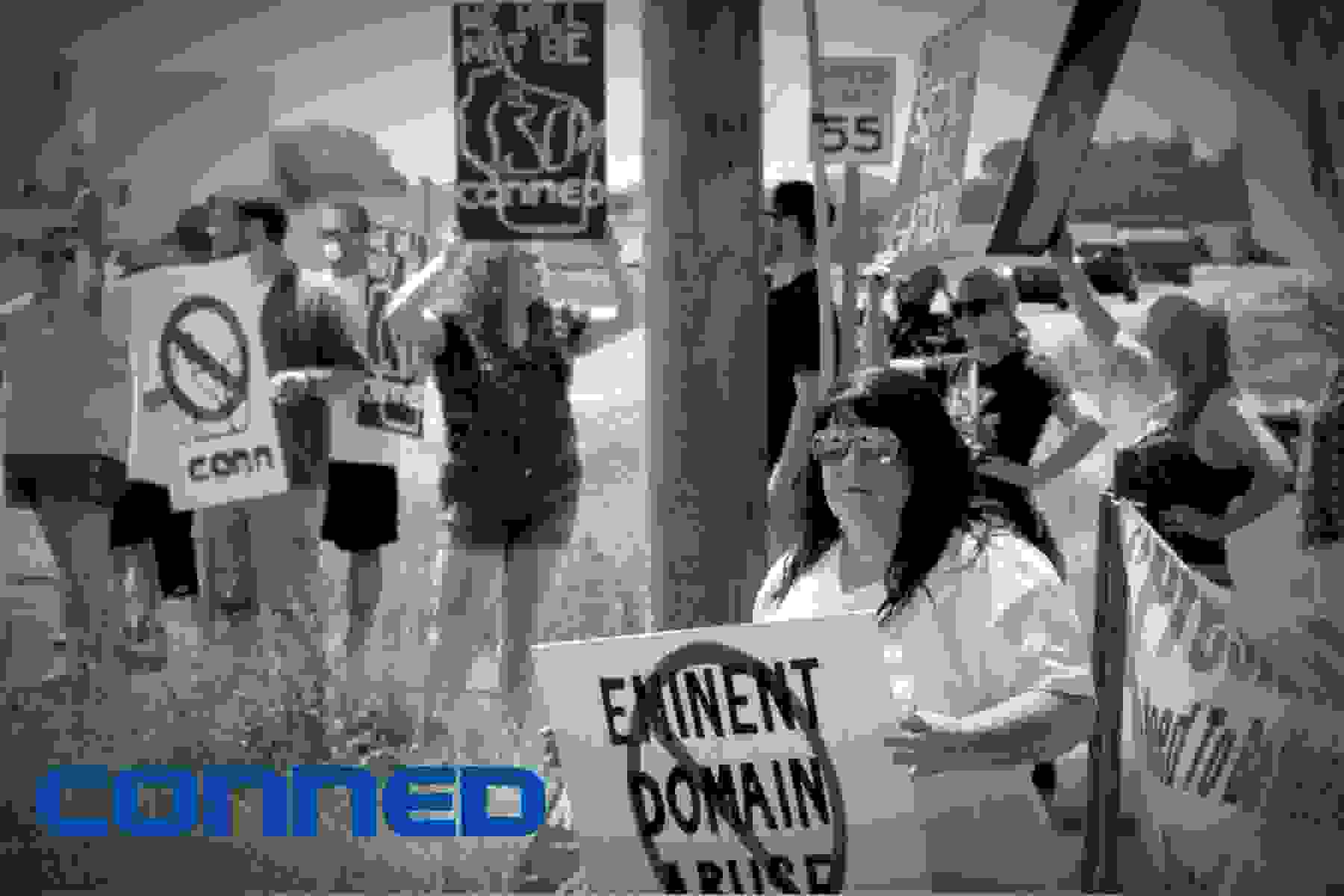 When the Foxconn project was announced, local officials immediately assured the public that eminent domain actions would take place only as "a last resort."

However, three days after the Foxconn development was announced, residents living in what was now the development zone received letters addressed from the Village of Mount Pleasant informing them that their homes would be taken through eminent domain for road construction for Foxconn - even residents who didn't live on the roadway were notified.

Wisconsin law "gives municipalities the power to acquire private property using eminent domain as long as there is fair compensation and the property will be used for a public purpose. This is typically for road improvements, or sometimes to take control of dilapidated property."

Using eminent domain to benefit a private, foreign corporation is in conflict with current Wisconsin law. But, Village attorneys created a scheme to test what they saw as a loophole in the State's law: declare the entire Foxconn zone as blighted.

While, Village officials tried to claimed they had not used eminent domain against property owners, county records showed they had used it over twenty times.

Homeowners near the Foxconn facility say they sold their homes for road widenings that were either abandoned, embellished — or never planned.

December 2017 - The Mahoney's were just one of many families who were informed that the Village intended to take their property through eminent domain and conveyed to Foxconn - even though their home was not affected by road construction.

"Blight" Declaration For Foxconn One Of The Largest Ever Seen, Experts Say

October 2018 -Village resident Sean McFarlane addresses the Mt. Pleasant Village Board to tell his story of how officials withdrew his legal relocation benefit contract - after he agreed to move his family into a moldy, nasty temporary residence they promised to make wheelchair accessible - and didn't.